This post is part of a collection on Tokyo Restaurants.

喜多方ラーメン / Kitakata Ramen is a light, clear regional variety of ramen with soft charsiu and distinctive flat noodles. In 2006 Kitakata had the highest per-capita number of ramen shops of any city in Japan, so it's probably safe to say they know what they like. The style is also a personal favorite. 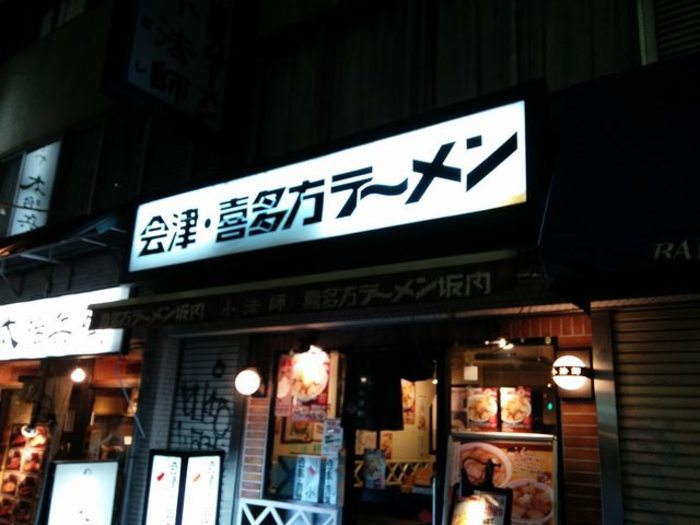 While the style originates in Kitakata City in Fukushima, it's been around long enough that shops specializing in it are plentiful in Tokyo and fresh noodles with soup packets are available at most supermarkets. According to the Wikipedia page it experienced a boom in popularity in 1987 that lead to it becoming established nationwide.

While many different shops serve the style, the most visible one is often the 坂内 会津 喜多方ラーメン / Sakauchi Aidzu Kitakata Ramen chain (pictured above), which is the only one that puts the style right in its name and has shops all over Tokyo. While there are a lot of other stores that serve the same kind of noodles in Tokyo they aren't evenly distributed - while in Shinbashi you can stand in one place and see five shops all serving Kitakata Ramen, in other major stations you'll be lucky to find a single chain shop. 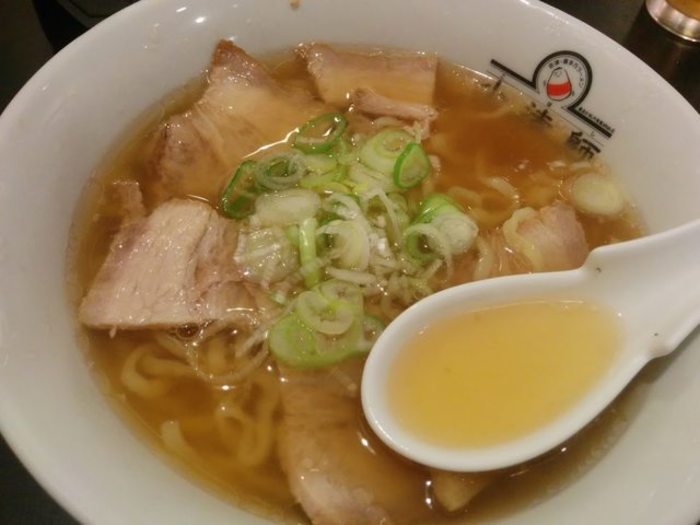 As to the soup itself, the base is tonkotsu, cooked for a long time to produce a clear broth, usually with some soy sauce added. The noodles are flat, a bit wider than linguine, and soft. The charsiu is not noticably flavored and is also cooked until soft. The only standard toppings at Sakauchi are menma and negi - the portion in the picture above is standard, while the extra negi portion has a pile of fat negi cut lengthwise. Black pepper is at the table; some people like to put it in just when finishing, but I usually start in about halfway.

Sakauchi does have a few other offerings and a side menu, but with the extra toppings on their main ramen limited to extra meat or negi it's a pretty focused menu; check here to see it for yourself.

With the soft noodles and meat and straightforward flavor Kitakata ramen is especially good on cold days or after a good bath; I enoy making it at home when I have a cold.

On their history page the Sakauchi company has an amusing anecdote at the bottom - apparently the old guy at the original shop always had a cup of sake handy, but "even five drinks in he always cooked the noodles just the way they were ordered." I've never seen the staff drink in the shops I've been to, but whatever gets the job done I guess. Ψ