Abura soba is a delicious kind of soupless variation on ramen. While it's been around for a long time, it doesn't attract the excitement ramen or tsukemen does, but it's still easy to find. When I had some time off after changing jobs in the summer I went to one of the shops where it was invented, Chinchintei in Musashi-sakai.

Musashi-sakai is a small community out west of Tokyo, about twenty minutes from Shinjuku. Chinchintei is about a fifteen minute walk from the station near Asia University and not much else, but even in the middle of a hot weekday in summer vacation there was a line. About half the people were getting take-away, but the inside (all fifteen seats or so) was still full. 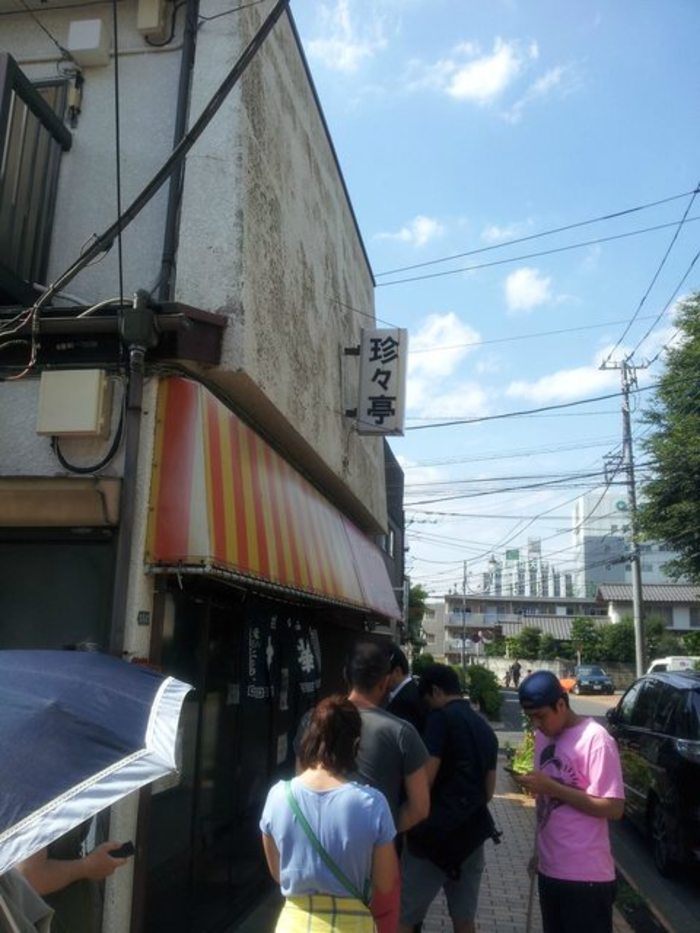 This is the sign for Chinchintei; it means "rare-rare-shop", but it sounds like "penis" in Japanese, so be a bit careful who you say it to. 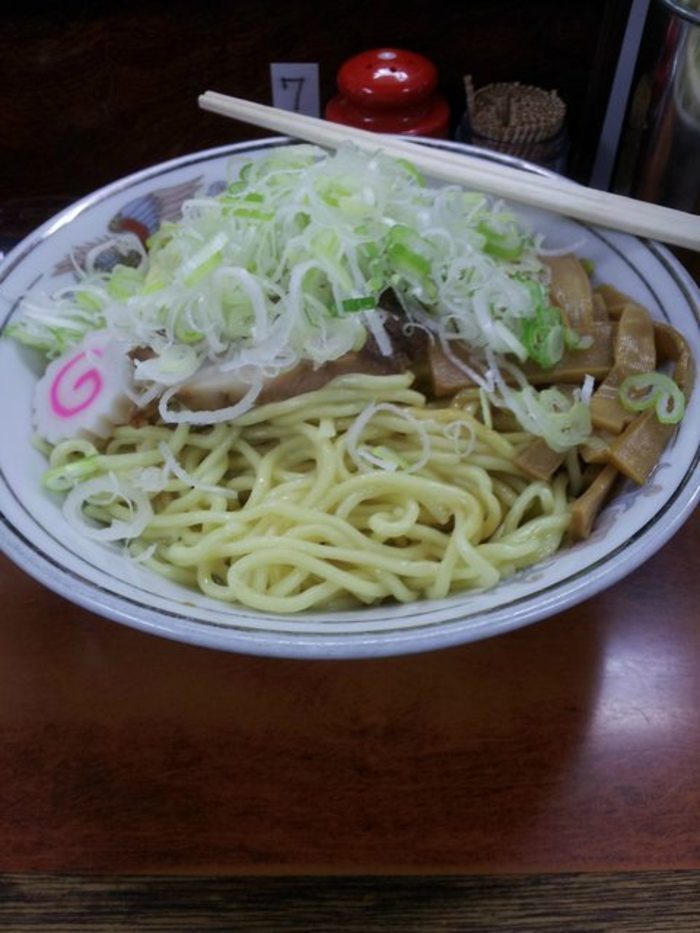 And here's what the food looks like. The negi are technically optional, but you should always get the negi.

The noodles are thicker than ramen noodles but thinner and firmer than udon, closer to the noodles used in tsukemen than anything else. They have a pleasant chewiness. The sauce in the bottom is mostly oil and soy sauce. Before eating you put a bunch of raayu and vinegar on the noodles, then flip them over to distribute the sauce at the bottom of the bowl. (There's actually different opinions about the right way to eat abura soba, but the flip-and-stir is the most obvious and straightforward.) Chinchintei's are delicious.

While Chinchintei only has one location, abura soba shops are all around Tokyo. One of the most common chains is just called Tokyo Abura Soba, and their shops always have the same facade: black bricks with a big red sign. I've eaten at the one in Shibuya a few times and it's not bad, but much less exciting; the charsiu was kind of dry and cold. On the other hand they do have a lot of free toppings, and they're priced almost as cheap as Chinchintei, where the base price is 600円.

I heard of Chinchintei in an episode of Joshiraku; someone went to the trouble of tracking down all the locations used as reference in that episode, including Chinchintei itself. Someone else in the comments says they think the reason the characters weren't shown eating the soba was because people have very strong opinions about how to do it and they wanted to avoid upsetting people who would disagree. While it's not clear if it's true or not, I can say that every shop I've been to except for Chinchintei has an illustrated guide to how to eat the noodles, and they're all a bit different. Ψ