This post is part of a collection on Potu: Underground Adventures.

Potu is a game about exploring a newly discovered underground continent and trying to get out with more treasure than the other adventurers. It's designed for up to eight players to finish in thirty minutes, with highly interactive play that uses your head but doesn't keep you waiting. I released Potu at the Fall 2019 Tokyo Game Market, and this post is an English introduction to the game. 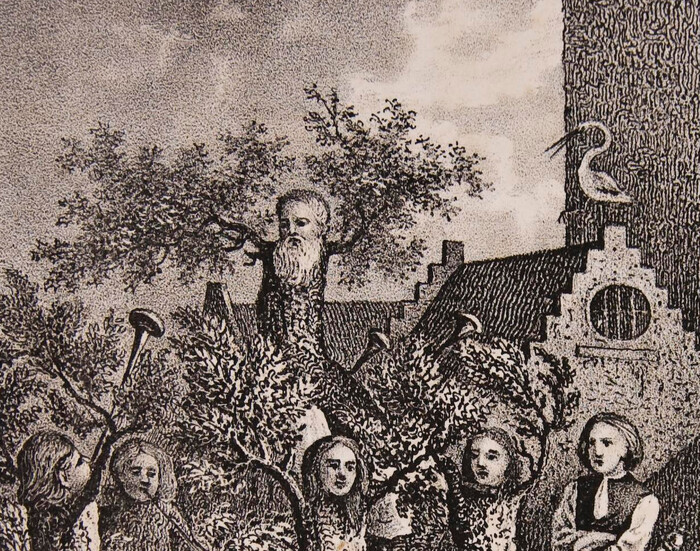 A triumphal procession in Potu

The continent of Potu is laid out as rows of alternating location cards, approximating hexes. Each round the adventurers move forward one row, their only choice being to move up or down. This choice is made by each player secretly and then revealed simultaneously, and you can talk to other players about which way to go, so there's no down time. Each location can only be collected by only one adventurer, so you'll have to choose your battles. Check the detailed rules if you're curious how it all works. 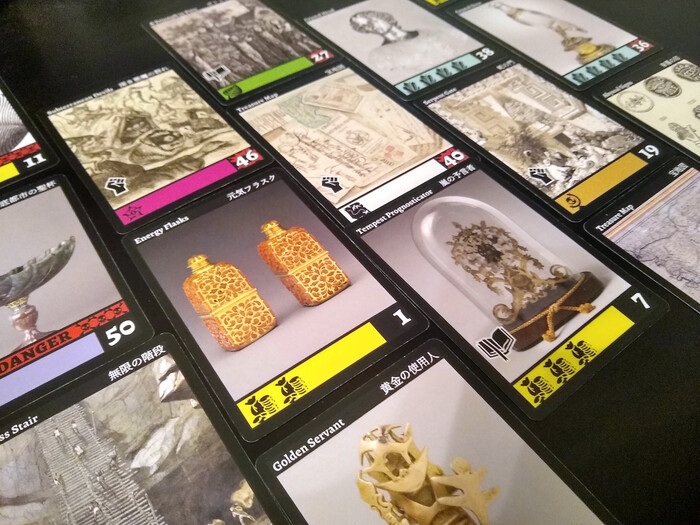 An example layout of location cards.

The game takes its name and some illustrations from Niels Klim's Underground Travels, a 1741 novel from Norway, originally published in Latin in Germany out of fear of retribution for parodies of public figures. In the novel Niels Klim falls down a hole in a volcano and finds the underground nation of Potu - from "utopia", spelled backwards - which is inhabited by humanoid trees. After some initial confusion Niels quickly learns the trees' language, but they consider the speed of his thought a sign of shallowness and banish him to a country ruled by a psychic monkey. I still haven't actually read the novel, but an English translation is in the public domain.

The images used in the game are also in the public domain. A few are from Wikimedia, but most are from either the Internet Archive Book Images, the British Library, or the New York Met. I'd been building up a library of strange or interesting public domain images for years for tabletop RPGs, and it finally paid off in an unexpected way. I'll be posting a full list of the image with sources before too long.

One exception to the above is the icons, which come from Game-Icons.net and were designed by Lorc. Having a wide variety of icons available took me all the way from prototyping to the finished product and I'm very thankful.

Potu was released at Autumn Game Market 2019. I didn't make enough to retire to the secret game designer island, but for a first game at a relatively high price point I did OK, and the feedback from test plays at the event was consistently positive.

If you live outside Japan and would like to buy the game, the easiest way to do it is to buy from my Booth page and use Tenso's Booth-specific forwarding service. Ψ