This post is part of a collection on Potu: Underground Adventures. 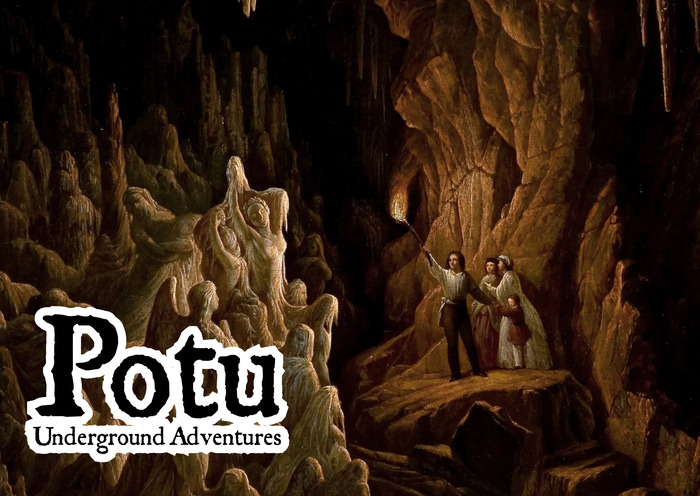 Recently the underground continent of Potu has been discovered. Adventurers have flocked from all over to be the first to take its treasures back to the surface. In this game you'll become of those adventurers and try to come out on top.

Each player become an adventurer and each round chooses whether to go up or down. Players who wind up on the same location will battle, and the winner will get the location. After all the rounds have ended whoever has the most points wins.

First have each player randomly pick an adventurer card and take the matching adventurer token. You should read your card out loud and introduce yourself to the other adventurers.

Next, put the Start card on the table with the side appropriate to the number of players facing up, and every player should put their token on the Start card. ("P" means "players".)

Then take the Location cards and shuffle them into a deck. Deal four cards face down in a line, and deal four cards face up on top of that. Put these cards to the side. These are the Legendary Treasures and can be acquired by getting Maps during the game.

If the Gambler or Robot are present you can deal them their cards now (see the Adventurer Overview for details). 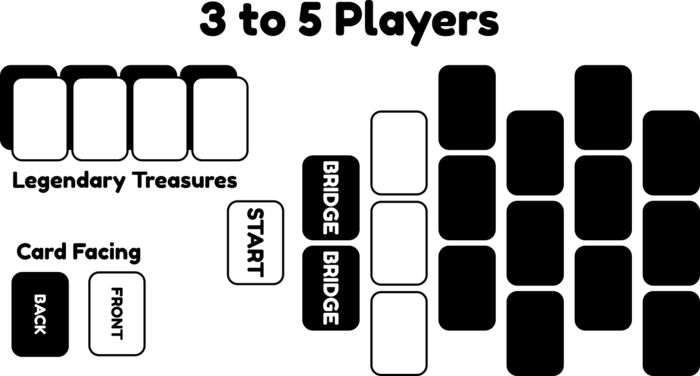 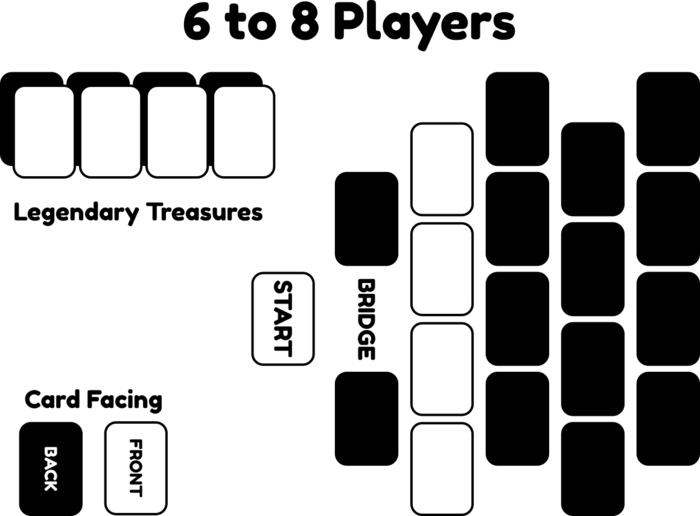 Now you're ready to create the first half of the Continent of Potu. First deal two cards face down next to the Start card. These are the Bridge to the Underworld. After that how you deal cards depends on the number of players:

Each row should be half offset from the previous row so the cards are like bricks in a wall. The arrows on the Start card show you which way to shift each row. Check the diagram for details on how the final layout should look.

For each round of the game you'll follow the same basic sequence.

First, flip Location cards in the next two rows face up. (Note: Bridge to the Underworld cards are counted as a row but are never flipped face up.)

Next, each player decides whether they want to go up or down. Turn your Adventurer card so the direction you want to go is on top, then turn it face down and hold it in front of you and say "Potu" so other players know you're ready. When everyone is ready, reveal character cards simultaneously and move characters to the next row in the direction indicated by the character card. (Tip: having one player ask each of the others which way they moved and moving their tokens for them can make things go more smoothly than having everyone move their own tokens.)

After movement has finished, you'll check to see who wins each Location card.

Any Location card you collect should be placed face up in front of you on the table for everyone to see. At this point any locations in the current row with no characters on them should be discarded. 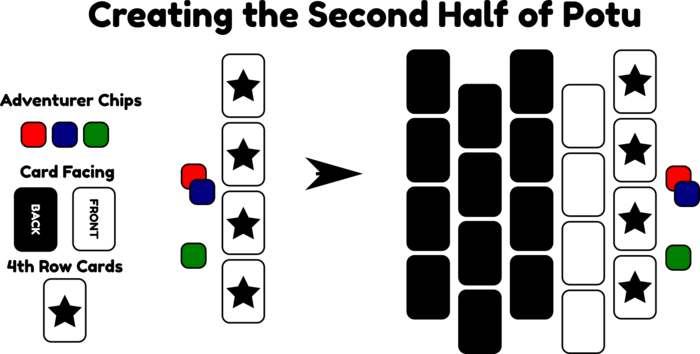 If you're on a Danger card or in a Battle, you'll have to draw from the deck and look at the number on the card you drew to decide what happens. If you're in a battle on a Danger card note you use the same card for both Danger and Battle results.

Normally in either case you draw a single card from the deck and use that to determine the outcome. However, if the Skill Icon (a fist or book) on your character matches the Location card you're on, you can draw two cards and choose which one to use. (Note: The Black Cat and Gambler have no Skill Icon.) 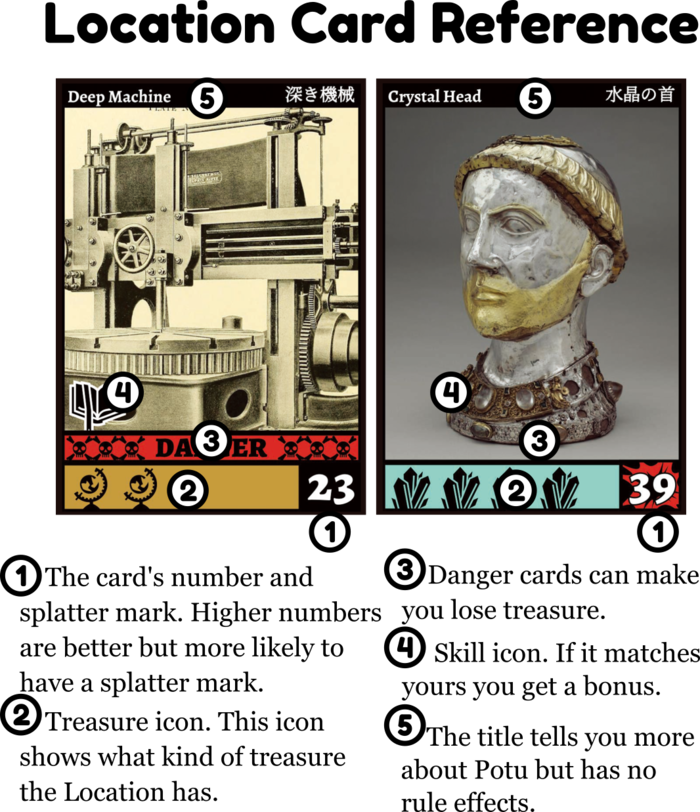 In a Battle, whoever plays the card with the highest number wins and gets the Location card.

On a Danger card, if the number played has a red splatter behind it, you take damage and must discard one Location card you previously acquired. You may choose what to discard, though Atlantean cards are immune to damage. If you have no Location cards there is no penalty. You can still win a Battle if you take damage.

After the Battle and Danger checks have finished, all cards drawn for the checks are discarded.

Strategy note: if you have a skill usually it's better to play the higher numbered card, but higher numbered cards are more likely to have a red splatter. If you're on a Danger card and you draw a high card with a splatter and a low card without, think carefully about which card you want to play.

The illustrations used in the game are from public domain sources. A detailed list is under construction. ❧