What's So Great About Sakura Wars?

This post was originally a series of tweets, which is why there's a lot of short paragraphs.

The first Sakura Wars game came out in 1996 for the Sega Saturn, combining visual novel and tactics-style battle parts, with a troupe of actresses in giant robots fighting demons to keep steampunk Tokyo safe.

The self-styled "dramatic adventure" actually had separate dev teams for the adventure and battle parts, and they were only combined shortly before release. The producers went to a mountain onsen to hide in case it bombed.

It turned out to be a breakout success, and branched out into anime, spinoff games, stage plays, and all manner of goods. There was a dedicated cafe for ten years, and the cafe homepage is still up. I also managed to track down a shakeycam video of the cafe.

When Sega/Atlus held a poll for "what series left the greatest impression on you" in 2016, Sakura Wars took first despite not having a core game in 11 years. 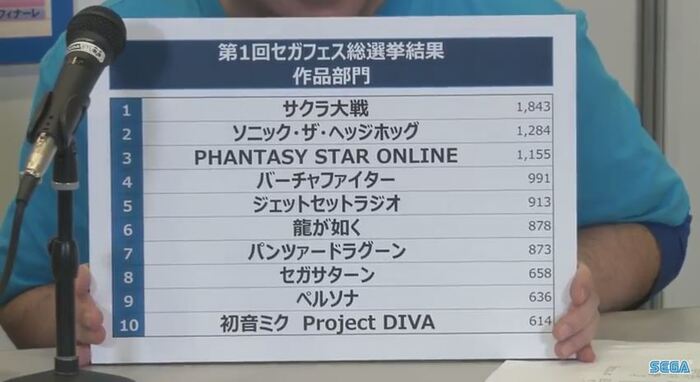 Image from a Shenmue Fansite.

So, what are the games actually about? In each you're the commander of a secret giant robot brigade, but your cover story is that you just perform musicals. As the commander you have to maintain relations in the group, keep up morale, and punch tickets.

The games are split roughly evenly between the turn based battle part and the visual novel style adventure part.

In the adventure part, conversations use the trademark "LIPS" system of choices with time limits. Forcing you to answer quickly makes your choices more natural and is surprisingly engaing.

Much of the adventure part is "free time", where you have an hour to go anywhere you want. When you visit a location there will be a scene and five minutes will pass, so each hour is 12 turns.

I think the free time structure is the most brilliant part of the game. It gives you limited choices in a natural way and doesn't encourage completionism. I've written in more detail about how it works in this post on scene charts from a strategy guide.

The battle part is a traditional tactics-style battle in the first two games, but switched to a non-grid tactics system starting in 3. 5 added air combat and zone movement.

The battle system is most interesting for what it lacks - there's no experience, equipment, or indeed any way to directly customize your characters. Combat only happens when it's narratively relevant, so most games only have ~12 battles.

What makes combat interesting is that each character and boss enemy has different attack patterns, and learning how to fit those together correctly is a tactical challenge.

Another place where the series shines is how it ties together battle and adventure parts - the happier a character is, the better their combat stats are. This means that while you might have a main character you like, you can't just ignore the other characters, or they'll end up weak in battle. They'll also complain about it. It works the other way too - if a character is defeated in battle they don't die, but it will decrease your relationship score, and you can miss out on story scenes with them.

The opportunities for penalties for here could be frustrating, but another nice thing about the game is it's not very hard, and failure isn't a brick wall. If you make a bad choice in a conversation with a character it doesn't ruin the game, you'll have another chance to talk to them. It's OK if you miss a scene in free time.

You can only get a game over in combat if your main character goes to 0HP. While having teammates defeated is bad, it's not the end of the world, and the game avoids making you replay levels.

It's unclear how much will change in the new game. In particular free time may have changed to a generic free-roaming experience, which would be... bad. But I'm optimistic.

Anyway, I should briefly mention how the series has evolved, and what made it great outside the game system.

Starting from the first game, the story is structured around episodes, like an anime, usually totalling around 13. You can play the game in short, satisfying spurts. Like many anime there's an "episode" for each character before the Big Plot comes out in the second half, so you get plenty of time to know everyone.

The second game followed the formula of the first and added a few new characters to make a sprawling, confident sequel; I think it's the most polished in the series.

The third game, for the Dreamcast, moved to Paris with a new troupe and transitioned to 3D combat. The details are disputed but the OP anime was said to cost as much as a feature film.

The fourth game wasn't bad, but it was really short due to financial troubles (the Dreamcast was dying) and closed the original series in an ambiguous way.

The 5th game was a kind of reboot set in New York City. It wasn't bad, but it was pretty weird. The first game in the series translated into English, it got an English-only Wii port, but failed to make an impact.

If you watched the videos you've noticed the music. Legend Kouhei Tanaka has composed every soundtrack and is back for the new game too. Deluxe editions of the new game include OSTs for the whole series.

The art team has varied over time, but the original character designs are by Kousuke Fujishima, known in the west for Oh My Goddess and the Tales series.

Much of the art is by Hidenori Matsubara, who did a lot of work on the Oh My Goddess anime, personal favorite Gankutsuou, and many other series. 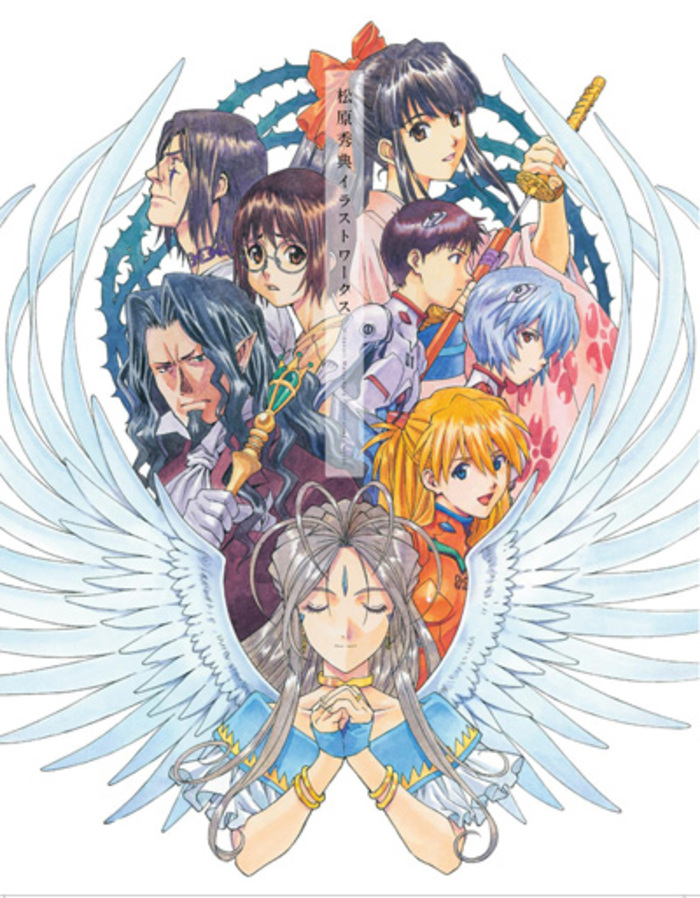 A print by Matsubara from a 2010 Sakura Wars event.

The new game has character designs by Tite Kubo, creator of the Bleach series. 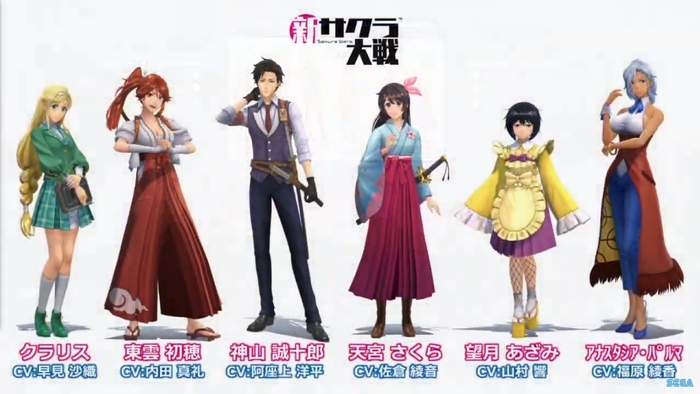 The consistently funny writing that manages to bring humanity to a bunch of absurd characters is by Satoru Akahori, known for the Saber Marionette series and too many anime to list.

The series has been produced by Ouji Hiroi, who is hard to explain, but before Sakura Wars he had a significant background in making accessible, inexpensive analog games like Neclos Fortress.

Anyway, that's just a brief introduction to a wonderful series. The new game should get an English version, so I hope that's the first step to the old games being translated for a wider audience too.

I'll leave you with this Segata Sanshiro commercial for the second game. Thanks for reading along, and hopefully you'll find the sakura somewhere near you soon.