The 大名時計博物館 / Early Japanese Clock Museum is a small museum in the Nezu area of Tokyo with a collection of clocks used in Japan before the adoption of twenty-four hour time.

Early Japanese Clocks, known as 大名時計 (Daimyou tokei) or 和時計 (wadokei), are mostly mechanical clocks that use the old Japanese system of hours, built between roughly 1600 and 1875. While clocks are attested in Japan as early as the 720 Nihon Shoki, which described a water clock made in the year 660, mechanical clocks weren't known until introduced by Christian missionaries in the 1500s. Besides their essential complexity, the difficulty of adapting them to the Japanese time system of the era, with hours whose length varied by season and location, meant they were only available to the most powerful members of society. 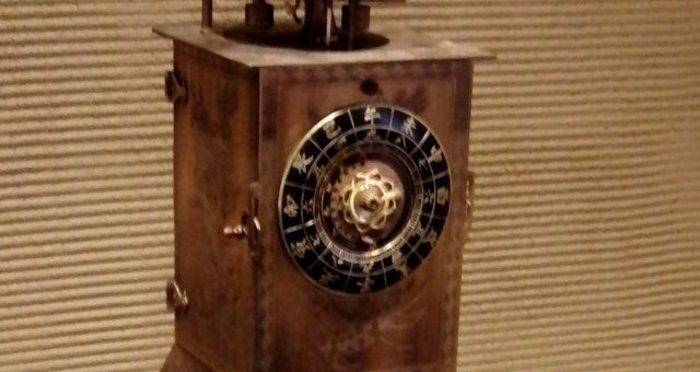 Detail from a photo by Momotarou2012 via Wikipedia

The photo above is a bit blurry, but you should be able to see that the dial is labeled with symbols of the Chinese Zodiac on the outside, while the inside is labeled with Chinese numerals. Given the blurriness it's hard to make out, but the numbers on the inside go clockwise from 9 to 4 and then repeat.

Depending on how the clock was made, the length of seasonal hours could be tuned by adjusting pendulum weights, exchanging clock faces, or other methods.

Besides tower-shaped pendulum clocks the museum also has placards documenting the history of clocks and the word "時計" (clock) in Japan, as well as other kinds of timepieces: 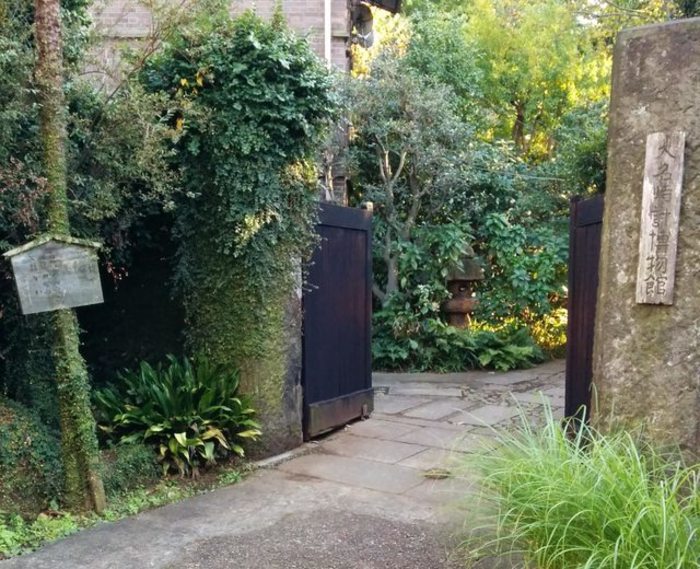 The museum doesn't allow pictures inside and isn't really visible over the high walls and vegetation around it, so the photo above is typical of those you'll find on the Internet. It doesn't have its own homepage, but the visiting hours and other details on this page seem accurate. To summarise:

Entry: 300円 for adults with discounts for students

They also sell pamphlets with information on the history of Japanese clocks, though as the site notes (and as was the case when I visited in November 2014) only numbers 3 to 5 of the series are available.

While there's a lot of information, the museum is still essentially just a slightly large single room, so you can go through it in less than an hour. The surrounding neighborhood is quiet with a lot of temples and a nice park; it's a good place to spend a lazy afternoon.

The collection was assembled by a potter named 上口愚朗 / Kamiguchi Gurou who started collecting the clocks later in life, and some biographical pamphlets and books about him are also available at the museum.