新福菜館 Shinpuku Saikan is the oldest ramen shop in Kyoto and one of the newest chains in Tokyo, known for its peculiar heavy-looking but actually rather light black soup. 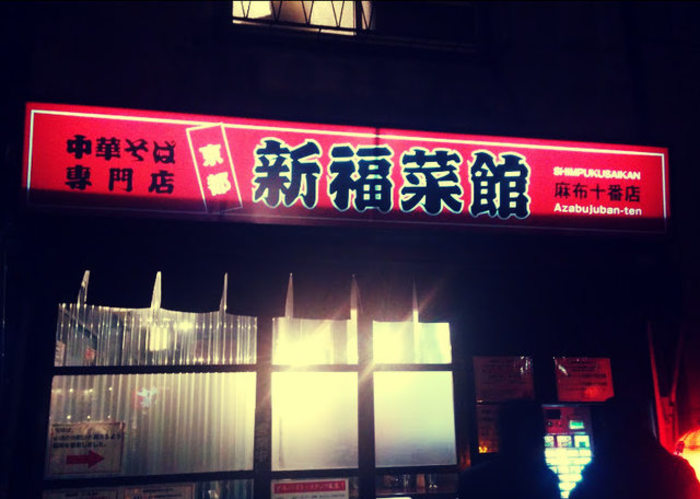 While the Kyoto shop opened in 1938 (or so, the early history's a bit hazy), they didn't have a location in Tokyo until the Azabu Juban shop (near my house) opened in January 2015. In August they opened another location in Akihabara.

The Juban shop is the only one I've been to, and it's tiny - after opening there were lines for a few weeks, and at least part of that is due to only seating about ten people. The Akihabara shop is supposed to be a bit larger, sitting around twenty-four, and they recently started doing business on the second floor of the Azabu Juban location, though it's a 5000円-per-person course for up to eight people by reservation only - a different affair from the ramen shop altogether.

Anyway, leaving aside the seating arrangements, how's the food? 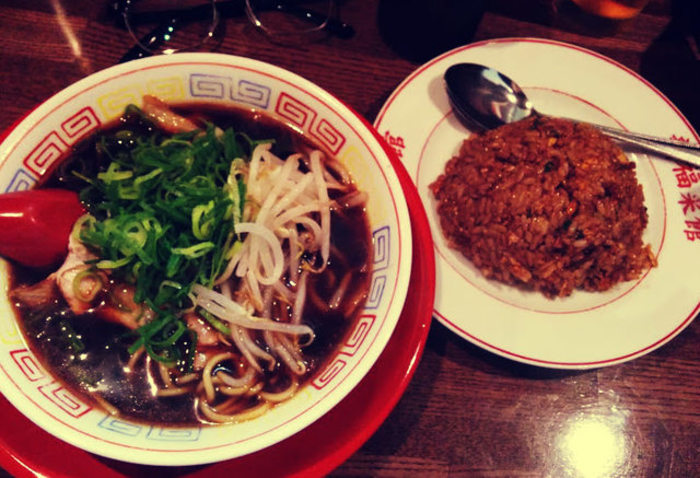 Besides the ramen they're also known for their black fried rice, and the "recommended item" spot at the top of the ticket machine is all combination sets. This set is a small order of each - I went in pretty hungry and this was enough, but it wouldn't have been difficult or expensive to eat more if I'd been so inclined.

The fried rice is excellent but not distinctive in any particular except that the ingredients are particularly well blended and it's on the dry side, letting you enjoy the texture of the rice more. 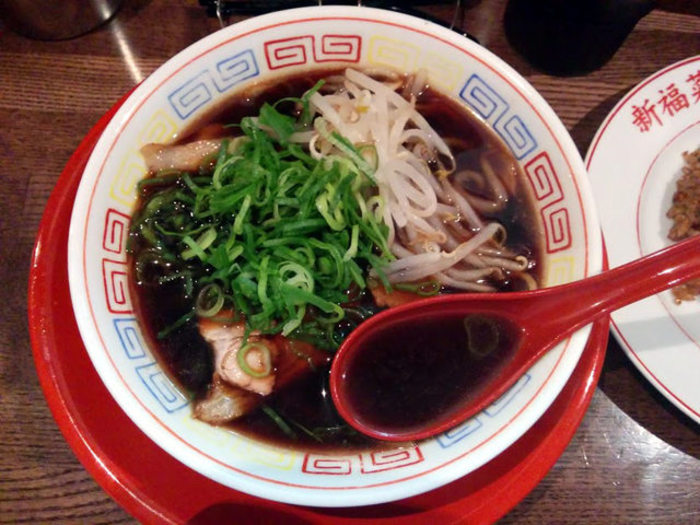 The ramen is interesting. The black soup is minimally oily and isn't even particularly salty - the color comes from adding just enough soy sauce to keep it from being bland while still giving your palette room to breathe. The noodles are straight as in tonkotsu shops like Ichiran, but slightly thicker and a bit on the soft side, with a springiness to them that complements the soup well. The moyashi and generous helping of negi are standard, again fitting with the light soup. The charsiu is cut paper-thin and relatively lean.

There is one catch about the Azabu Juban location - for a ramen shop they close early, 11PM every day except Sunday, when they only have lunch service. Especially for the kind of light-style ramen that's best after coming home from over-indulging a bit this is unfortunate.

If you'd like to give making the ramen or fried rice at home a try, this recipe appears to have figured out the important parts. The only surprising ingredient is a bit of konbu in the soup. Ψ