Fukuya might be the closest ramen shop to my apartment, but for some reason I'd never dropped by despite living there for years. Turns out that was a mistake, as they serve excellent tonkotsu. 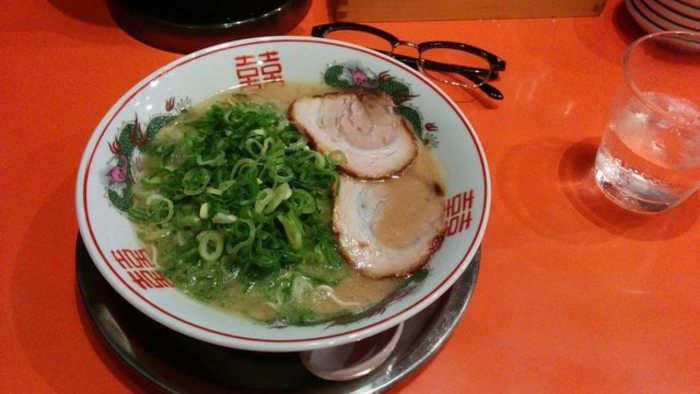 Their style is 久留米/Kurume ramen, named for a town in Fukuoka. The broth is whitish tonkotsu, and besides the chashuu, noodles, and negi (I opted for extra, as usual), the only default topping is "karikari" or little fried balls of lard - you can see one at the top of the photo below. To be honest they softened quickly enough they were barely noticeable while eating, but they certainly didn't hurt. Red ginger is also at the table to be mixed into the ramen; much as I love it on its own, I don't think putting it in the soup helped either flavor. The noodles are very thin and don't pick much of the soup's flavor but are quite good regardless.

Overall the ramen is a bit small, but kaedama - extra noodles - are cheap, which just means having a single bowl isn't overwhelming. The gyoza were pretty good too. 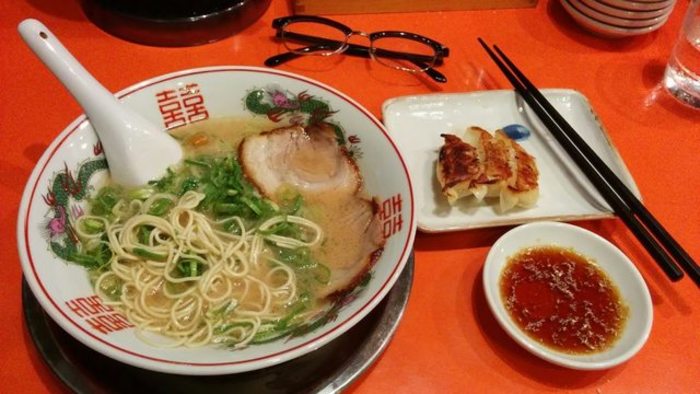 Since they're close to home and open late I'll probably be stopping in again; if you're in the area, do give them a try. Ψ