Things that Happened in 2018

At the start of 2018 I wasn't walking, so everything was uphill from there. Here are some things that happened.

Hell Valley in Noboribetsu. The onsen was good.

The start of the year had me getting on my feet again. While my injury and surgery was in 2017, the most delicate part of the recovery - returning to work while still needing crutches - was at the start of this year. Everything went smoothly but it was stressful. It was great to have the support of the Japanese insurance system, which covered not only my medical expenses but a portion of lost wages.

One big change was that my office moved to a few hundred meters from my house. While my old commute wasn't that far - only about half an hour one way - being able to go home for lunch and take care of laundry and basic cleaning whenever I need to has been great. 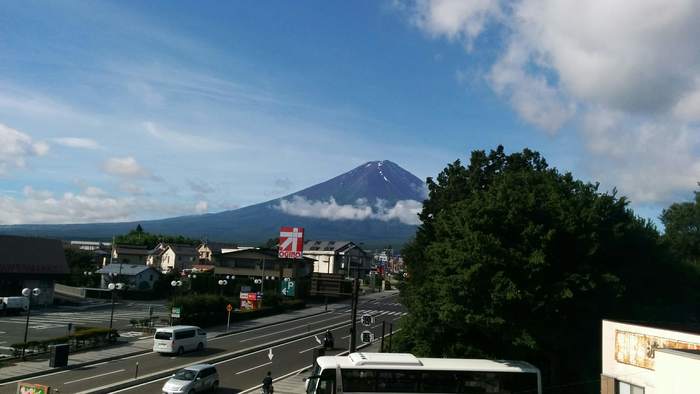 Mt Fuji from our hotel. I don't have a picture of the best view because it was from a bath.

Some friends from the US came to visit and I went on two trips inside Japan. First I went to Hokkaido, which was full of delicious food and history though harder to get around than expected. In the summer I went by Mt Fuji - I didn't climb it, but managed to visit several of the surrounding lakes and did end up doing more hiking than I had bargained for.

At the end of July I published an article on ghost characters that attracted much more attention than I anticipated. This was a mostly positive experience, though unfortunately it ended up being my last post of the year. I'm wary of setting specific goals but I'd like to post more this year.

One big thing that happened is I got my permanent residency. Normally I wouldn't be eligible to apply until 2021, but changes to immigration laws in 2017 allowed me to apply immediately. Nothing has really changed yet but it opens up a lot of options.