だんぢょん大作戦 / Dungeon Operation is a licensed Slayers game from 1995 based on Magius. 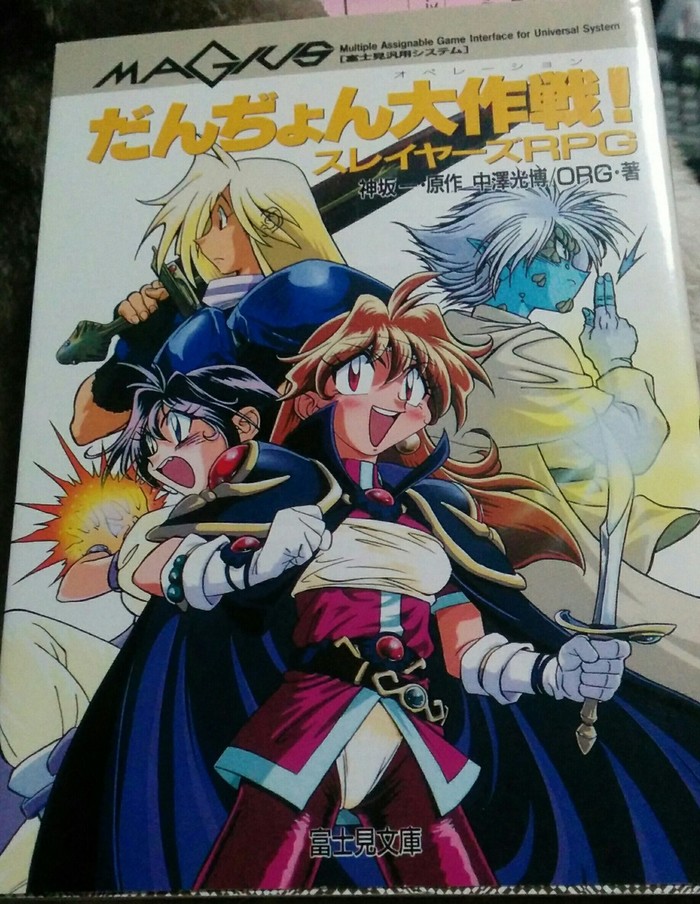 Magius was a neat little rules lite system used for many licensed games from 1995 to 1998. The basic mechanic is rolling high vs a target on 2d6+ stat, where stats are Body, Mental, and Technique which range from 2 to 10. If you have a relevant skill, you also add your skill level and take the best 2 of 3d6.

Combat rules appear to vary considerably by game. In this Slayers game you hit automatically, but need to roll a combat skill check to see how many damage dice you roll. You compare the sum of damage dice to enemy HP - if it's higher, they're defeated, but if not you take the difference in damage and the enemy is unharmed.

Magic is not handled with a special system, it's just another kind of skill. All characters have MP but it's not related to magic at all - the rules explain it's a character's motivation, and if it goes to zero they get fed up with the adventure. For rules purposes this is a "game over", the same as losing all your HP. 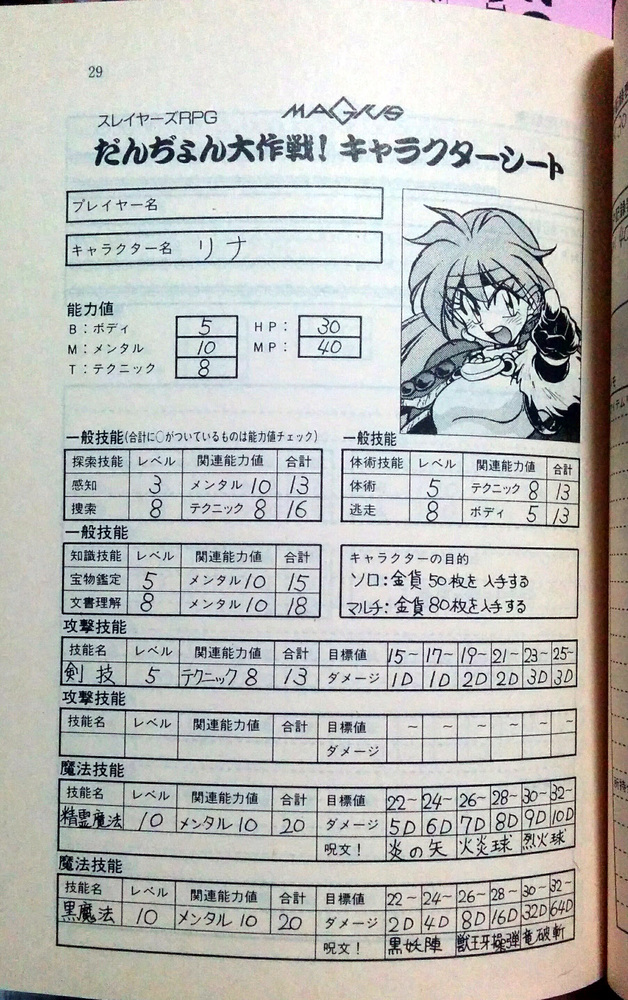 Lina's character sheet is instructive. Some things to note:

A blank character sheet is provided at the front of the book, but it's just for using stats for less important existing characters which are given in an appendix rather than as full character sheets.

Most of the book is rules for navigating a dungeon simulated by a normal deck of cards. For numbered cards, you just take the suit and roll 1d6 to determine the "corridor" contents, and all combats are limited to one round. Aces and faces have a table of more complex "rooms". One interesting detail is that rooms and the dungeon have HP, so if you do too much damage they'll collapse. Room HP is determined using cards, but you can only check it before combat if you make a perception check. Solo and multiplayer versions are provided - the rules don't change much, but room contents do.

This particular game has no rules for character creation - you just play characters from the Slayers books and anime - but other versions did, so I'm trying to get my hands on one of those. Ψ