A while ago I wrote about competitive bingo, and when the theme of this Ludum Dare was "unconventional weapons" it gave me an excuse to actually make something. Since it was easier to program something for one-on-one play I didn't use anything I'd thought up before, and luckily struck on a mechanic for two-player bingo that I rather like. 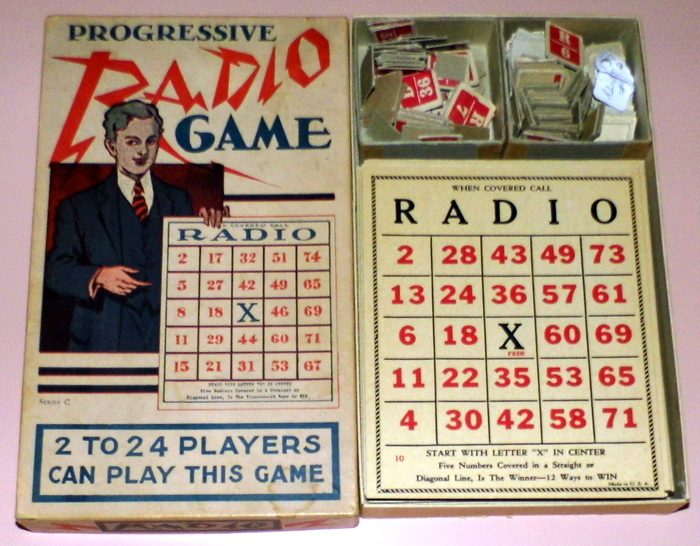 My Ludum Dare submission is here and it's playable, though the AI is incredibly stupid, just picking cards at random. I have what I think is a near-optimal strategy I'll program later, but first I thought I'd write up the rules and how to play the game without the help of a computer. You'll need a deck of cards and a pencil and paper.

The game consists of several rounds of opposed bingo on 3x3 boards using hands of three cards. Each player starts with 15hp and the game is played until someone goes to zero or below, at which point they lose.

To track health you can use pencil and paper or use face cards as 5 health each and other cards as one point.

To generate your boards, take the 1-10 of Diamonds and deal three to each player. The first column of your board is these three cards sorted low to high going down. Repeat for the second and third columns.

Finally, take the Clubs, Hearts, and Spades, shuffle them all together, deal three cards to each player and the game begins.

Players take turns playing cards. Each card corresponds to a position on the board - Clubs on the left, Hearts down the middle, and Spades on the right. Playing a card fills in that square on the board of whoever has it, or, if not on anyone's board it goes in the Dead Pile. Keep cards in the Dead Pile separated so they can be easily counted.

The game ends when either one board has three marked squares in a row (a BINGO) or the Dead Pile has five cards in it; playing the last card to the Dead Pile makes you lose, so watch out for that.

In the case of a game that ended due to a win, the loser takes five points of damage for each BINGO and one point for each card in the Dead Pile.

In the case of a game ended by a full Dead Pile the loser (the person who played the fifth card) just takes five damage.

The next game should be played on fresh board, though using the same board is OK too.

The game has a large element of luck which means that some hands will simply be unwinnable - if three cards representing either of your diagonals are at the bottom of the deck you have no chance of getting a BINGO. However, even if you can't win a hand there are good and bad ways to play it, and that's where the strategy comes in.

Normally you need to win three times to beat your opponent, but by using the Dead Pile for extra damage you can beat them after only two rounds. If you see a quick BINGO it's often better to build up the Dead Pile before going in for the kill, though don't let your opponent form a BINGO first. The same goes for saving up for multiple BINGOs - a triple BINGO can win in one round!

If your opponent seems like they're about to BINGO or like they're building towards a multi-BINGO, filling up the Dead Pile on purpose can let you escape without taking too much damage.

Not all squares on the BINGO board are equally valuable. While the center is obviously the best, the corners are better than the sides, which can only be part of two BINGOs. Remember that when you only have cards on your opponent's board. (Be careful about helping build a multi-BINGO though!)

If you've got plenty of health left and are building towards a multi-bingo, it may be better to fill in squares in your opponent's board rather than maxing out the dead pile, which could give them a relatively safe escape.

There are several things about these rules that I think could be improved.

Computer Assistance: It'd be nice to be able to pull up a website to generate the boards and track HP for you. This should be pretty easy to throw together, though making it not fall asleep needs a bit of trickery I'm not used to.

HP Tweaking: I think the current system of damage and the count of 15hp is OK, but tweaking the HP count to make Dead Pile use more important seems promising.

Powers: The original LD idea involved each opponent having a special move. My original concept was changing the card value after your enemy played it (partly inspired by Dicenicks), but that causes issues with doubling up of cards that seem like too much trouble. This would change the game a lot but also gives a chance to reduce the randomness a bit.

That's it for now; enjoy! Ψ