Game of Dice is a free-to-play mobile game by JoyCity that riffs on Monopoly, turning it into a game with more randomness but also some strategy. 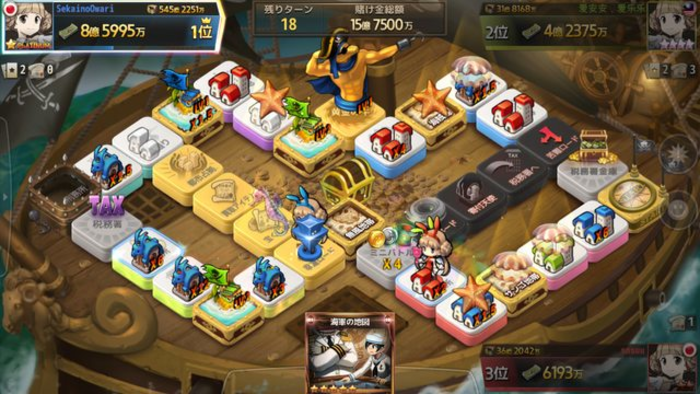 About halfway through a game on an event board.

The most obvious difference from traditional Monopoly is the board, which has changed its shape from a large square into a pair of overlapping squarish donuts on a game table. The main course is shortened slightly from Monopoly's 40 to 35 squares, and two special tracks have been added. Other obvious changes are that acquiring property is free - if you land first you just get it - and event squares are much more common than in the original game. 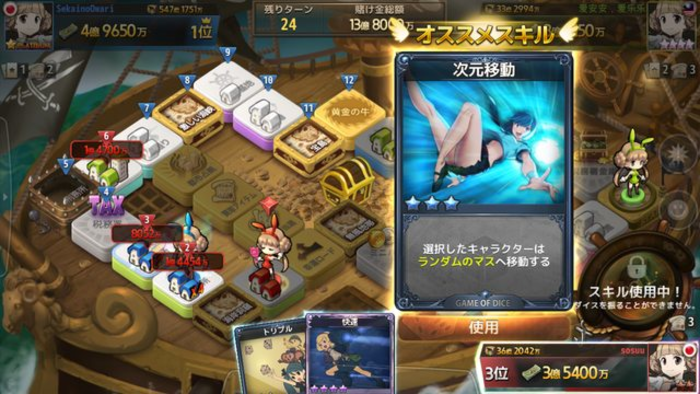 This card, "Dimensional Movement", moves a character of your choice to a random square.

Another big change is the use of "Skill Cards" with special powers. You start with a hand of three cards and get to draw an additional one every few turns. These cards have all kinds of different effects; some examples: 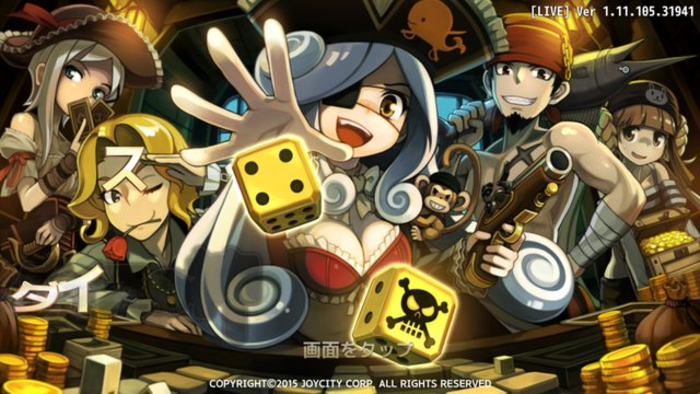 The current event is pirate-themed.

Besides their plain effects, some cards can be levelled up for improved effects. Collecting cards and levelling them up provides a grind familiar to players of free-to-play mobile games. While cards are probably the most interesting addition to the Monopoly formula, there's lots of other things that affect play:

One interesting addition to the board is the "Golden Calf" square. Landing on it raises a shared multiplier, starting at two and maxing out at four. This multiplier is applied to all rents of the last person to land on the space. This means that one player can enjoy triple rents for a while, only to have a different player stage a comeback by getting quadruple rents.

While it's too random and buried in the usual pattern-forming social game cruft to appeal to me, it's interesting to see how a very traditional and famously tedious American game has been re-worked to be entertaining - or at least playable - as a quick mobile game. Ψ