Eternal Darkness was a Lovecraftian horror game released in 2002 for the GameCube. Its most notable feature was a sanity system, in which the more you encountered otherwordly enemies or used magic the more strange things would happen. Examples included entering a room and appearing on the ceiling, statues turning to look at you, and in one instance a fake screen telling you to look forward to the rest of the story in the sequel. 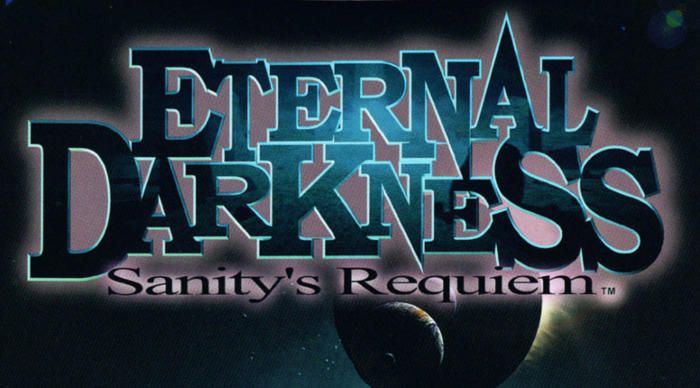 An unusual touch is that a film contest was held accompanying the release of the game; out of five hundred proposals, ten shorts were produced and hosted on the game's web site. Since this was before YouTube and the game site is long gone (and unreachable on Archive.org due to an age verification wall), a lot of those shorts are lost. However, the winner has reappeared on YouTube, though with very low volume. Note it's pretty creepy.

The director of this film, Patrick Daughters, has gone on to direct a number of music videos, including several for Feist.

The viewer's choice film, The Cutting Room Floor, is also available on YouTube. A few others turned up in this forum thread, but the rest remain unaccounted for. Ψ